Learn what your kids are exposed to via the internet and technology, and how to guide them through it all 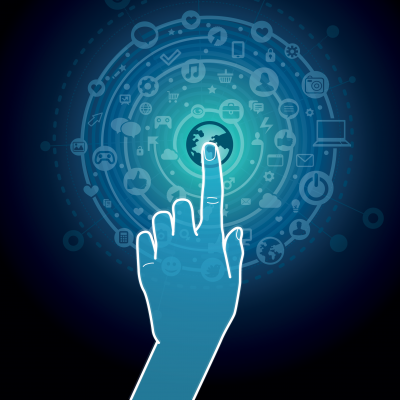 Here are some resources to better understand the technology-based world your kids might be tapping into, and how to parent them through it:

Do You Know What Apps Your Kids Are Using?  2017 article about newer apps that kids are using and how to manage this.


How do I keep up with the latest social apps and sites teens are using?

15 Apps and Websites Kids Are Heading to After Facebook: Social media apps that let teens do it all -- text, chat, meet people, and share their pics and videos -- often fly under parents' radars.

How can I make sure my kid isn't sharing too much on Facebook or Instagram?: Find out ways to keep tabs on your child's digital activity

Snapchat and 6 Other Messaging Apps That Let Teens Share (Iffy) Secrets: Capturing and posting casual moments might lead to oversharing and other consequences.

A Parent's Ultimate Guide to YouTube: How to enjoy YouTube with your kids without feeling overwhelmed and confused.

The Most Disturbing YouTube Videos (and What to Do About Them): It's easy to dismiss violent clips of people fighting, but it's important to talk to kids about why they're popular and help them make positive viewing choices.

Be a Role Model: Find a Healthy Balance with Media and Technology: Young kids learn how to use technology by watching their parents, so model healthy habits early by balancing media time with real time.

Tips About Texting: Brochure that outlines some good tips for parents to keep in mind about texting on cell phones.

A Survival Guide to Teens' Digital Lingo: Do you know what PIR or POS means? Take a crash course in decoding text shorthand to better understand what your kids are communicating with peers.

Sneaky Camera Apps Teachers [and Parents] Should Know About: You might already know about SnapChat or Instagram, but there's more. Learn what to look for to make sure you know what your kids are up to.

Electronics Changes How We Talk: Brochure outlining the influence electronics has on the way we communicate with others.

TEXTING APPS
Kik Messenger is an app that lets kids text for free. It's fast and has no message limits, character limits, or fees if you only use the basic features. Because it's an app, the texts won't show up on your kid's phone's messaging service, and you're not charged for them (beyond standard data rates).
What parents need to know
WhatsApp lets users send text messages, audio messages, videos, and photos to one or many people with no message limits or fees.
What parents need to know
GroupMe is another app that doesn't charge fees or have limits for direct and group messages. Users can also send photos, videos, and calendar links.
What parents need to know
Some lesser known/less popular texting apps are  ooVoo and Yo:
ooVoo is a video chat and messaging app, and is available for iPhone/iPod/iPads and Androids. You can also use OoVoo on a computer (PC or MAC). With OoVoo you can video chat with up to 12 people at a time; you can see four people at once on screen during these video chats.

YO is a simple messaging or Push Notification App. It is a social application for Android, iOS and Windows Phone.

MICRO-BLOGGING AND PERFORMANCE APPS AND SITES
Instagram lets users snap, edit, and share photos and 15-second videos, either publicly or with a private network of followers. It unites the most popular features of social media sites: sharing, seeing, and commenting on photos. It also lets you apply fun filters and effects to your photos, making them look high-quality and artistic.
What parents need to know
Tumblr is like a cross between a blog and Twitter: It's a streaming scrapbook of text, photos, and/or videos and audio clips. Users create and follow short blogs, or "tumblogs," that can be seen by anyone online (if made public). Many teens have tumblogs for personal use: sharing photos, videos, musings, and things they find funny with their friends.
What parents need to know
Twitter is a microblogging tool that allows users to post brief, 140-character messages -- called "tweets" -- and follow other users' activities. It's not only for adults; teens like using it to share tidbits and keep up with news and celebrities.
What parents need to know
Musical.ly – Your Music Video Community is a performance and video sharing social network that mostly features teens lip syncing and to famous songs but also includes some original songwriting and singing. Musers, as devoted users are called, can build up a following among friends or share posts publicly.
What parents need to know
LIVE-STREAMING VIDEO APPS
YouNow: is an app that lets kids stream and watch live broadcasts. As they watch, they can comment or buy gold bars to give to other users. Ultimately, the goal is to get lots of viewers, start trending, and grow your fan base. Note that there are other apps like this that are less popular with teens such as Periscope, but Facebook has just included live-streaming as a feature, so expect to see more and more personal broadcasting.
What parents need to know
Live.ly – Live Video Streaming poses all of the same risks that all live streaming services do, so poor choices, oversharing, and chatting with strangers are all a part of the package.
What parents need to know
Periscope - Video streaming. Social networking service. Website. www.periscope.tv. Periscope is a live video streaming app for iOS and Android developed by Kayvon Beykpour and Joe Bernstein and acquired by Twitter before launch in 2015.

Burn Note is a messaging app that erases messages after a set period of time. Unlike many other apps of this sort, it limits itself to text messages; users cannot send pictures or video. That may reduce issues such as sexting -- but words can hurt, too.
What parents need to know
Snapchat is a messaging app that lets users put a time limit on the pictures and videos they send before they disappear. Most teens use the app to share goofy or embarrassing photos without the risk of them going public. However, there are lots of opportunities to use it in other ways.
What parents need to know
Whisper is a social "confessional" app that allows users to post whatever's on their minds, paired with an image. With all the emotions running through teens, anonymous outlets give them the freedom to share their feelings without fear of judgment.
What parents need to know
Yik Yak is a free social-networking app that lets users post brief, Twitter-like comments to the 500 geographically nearest Yik Yak users. Kids can find out opinions, secrets, rumors, and more. Plus, they'll get the bonus thrill of knowing all these have come from a 1.5-mile radius (maybe even from the kids at the desks in front of them!).
What parents need to know
CHATTING, MEETING, DATING APPS AND SITES

MeetMe: Chat and Meet New People -- the name says it all. Although not marketed as a dating app,MeetMe does have a "Match" feature whereby users can "secretly admire" others, and its large user base means fast-paced communication and guaranteed attention.
What parents need to know
Omegle is a chat site that puts two strangers together in their choice of a text chat or a video chat room. Being anonymous can be very attractive to teens, and Omegle provides a no-fuss opportunity to make connections. Its "interest boxes" also let users filter potential chat partners by shared interests.
What parents need to know
Tinder is a photo and messaging dating app for browsing pictures of potential matches within a certain-mile radius of the user's location. It's very popular with 20-somethings as a way to meet new people for casual or long-term relationships.
What parents need to know

The bottom line for most of these tools? If kids are using them respectfully, appropriately, and with a little parental guidance, they should be fine. Take inventory of your kids' apps and review the best practices.